NEW ALBANY, Ind. (May 30, 2018) – The Sazerac Company, which is one of the oldest, private family-owned distilling companies in the U.S., announced plans today to establish a new bottling plant in Floyd County, creating up to 110 jobs by 2021. 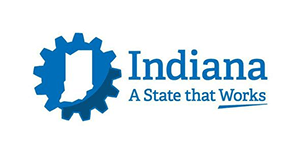 The Louisiana-based company is investing $66 million to purchase, renovate and equip the 455,000-square-foot former General Mills Pillsbury plant at 707 Pillsbury Lane in New Albany, which has been vacant since closing in 2016. The new facility, which is scheduled to be operational at the end of 2018, covers approximately 58 acres and will significantly expand Sazerac’s alcohol processing, blending, packaging and distribution capabilities. The company plans to initially phase in two to three packaging lines and then increase its production to meet expected demand.

Sazerac has several spirit manufacturing facilities in North America with 11 plants and nearly 2,000 employees in Maine, New Hampshire, Maryland, Virginia, Tennessee, California, Kentucky and Montreal, Canada. The New Albany facility will be the company’s first in Indiana. To support planned growth, Sazerac plans to create up to 110 new manufacturing jobs, including 50 new employees by the end of this year. New positions are expected to offer average salaries above the state and county average wage. Interested applicants may apply online.

“We’re excited for the opportunity to expand our operations into southern Indiana. Our contacts at the state, the city of New Albany and One Southern Indiana have been great partners to work with throughout this process. We look forward to getting our construction underway at the new facility, then on to staffing and running our new plant,” said Jeff Conder, vice president of manufacturing at Sazerac. “We’re so pleased we’ve been able to invest in our facilities as we have grown our brands. Extending our manufacturing footprint into Indiana would support future growth, and the business-friendly environment and the proximity of this facility to our three Kentucky plants makes it an ideal location.”

Sazerac is one of the U.S.’s oldest family-owned, privately-held distillers with operations in 10 states and global connections in the United Kingdom, Ireland, France, India, Australia and Canada. The company has heavily invested in its Midwest manufacturing workforce in recent years, expanding its three plants in Kentucky and establishing its first facility in Indiana.

“When General Mills announced it would close its doors a couple years ago, we worked hard to help the employees most affected by the news. With Sazerac on the verge of coming to New Albany, I can’t help but marvel at how far we’ve come,” said New Albany Mayor Jeff Gahan. “I would like to welcome the Sazerac team to New Albany with a pledge to support their efforts to put down roots here and prosper along with us. Sazerac has a rich and storied past, and I am certain this quality company will be embraced by our community. We are excited, and we expect that this will be the beginning of a long and prosperous friendship between Sazerac and the city of New Albany.”

The IEDC offered Sazerac up to $900,000 in conditional tax credits and up to $150,000 in training grants based on the company’s job creation plans. These tax credits are performance-based, meaning until Hoosiers are hired, the company is not eligible to claim incentives. The New Albany City Council is scheduled to vote on final approval of the company’s local incentives next week, with the project contingent upon the council’s approval.

“One Southern Indiana is always excited when a company of Sazerac’s prestige and success considers expanding in southern Indiana,” said Wendy Dant Chesser, president of One Southern Indiana. “This will be a double shot of good news – it not only benefits our region by creating over 100 new jobs, but also because the company is willing to make a significant investment in an existing building that has sat unoccupied for nearly two years. We wish Sazerac all the best and stand ready to assist them in the future.”