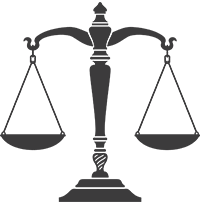 Honorable Maria D. Granger is the first judge to preside over Floyd Superior Court 3 created in 2008 under Indiana Code 33-33-22-2 and founded upon fundamental notions of integrity, fairness and respect for all. The court has general jurisdiction and decides civil and criminal cases. Matters not regularly heard by the court include estates and trusts and small claims.

Judge Granger is the founder and Supervising Judge of the Veterans Court of Southern Indiana, a Certified Problem-Solving Court serving Floyd, Clark, and Scott counties and is also Indiana’s model Veterans Court.  Since 2011, court-involved Veterans have received appropriate treatment and assistance to readjust to civilian life after multiple deployments of military service.  Veterans pay for the cost of mental health and substance abuse treatment with their earned benefits.

In 2015, Judge Granger led two major efforts:  1) making protection orders available, through a public access terminal located in a safe zone near the jail, during weekends and holidays when family violence is likely to occur; and 2) changing probation policy in response to the opiate epidemic and mental health crisis.  Individuals on intensive probation have increased supervision, quicker access to mental health and substance abuse treatment and supportive rehabilitation through immediate rewards and sanctions.

The Indiana Supreme Court appointed Judge Granger in 2016 to preside over complex business disputes throughout Indiana.  The Commercial Court aims for more efficiency, less expense and better outcomes in business cases to encourage successful businesses to locate in Indiana with the hopes of bringing positive economic development and quality employment to our citizens.

All of these programs are funded with grants not taxpayer money.

Judge Granger speaks to community groups about the courts, law and ethics and the legal system. She also serves as faculty for the Indiana Judicial Conference and has taught the following courses for Indiana judges, legislators, lawyers, journalists, historians and court staff:

Judge Granger has been recognized:

·         2015 Recognized by the Chief Justice of Indiana Loretta H. Rush in the State of the Judiciary Address to the Indiana General Assembly for establishing Veterans Court and promoting the Constitutional promise of reformative justice in Indiana

·         2013 Indiana Humanities Board of Directors, appointed by Governor Mike Pence

·         2012 Recognized by the Chief Justice of Indiana Randall T. Shepard for commitment to higher education and ensuring justice to Indiana citizens

Judge Granger is a member of Judicial Organizations:

·         Board of Directors, Indiana Judicial Conference

·         Indiana Bar Foundation Board of Directors

Q. Can I talk to the Judge about a case?

Q. Can I talk to the Judge about a case?

No. The Judge must remain independent, impartial and unbiased to both sides to a dispute throughout all phases of the case. The Judge may not speak with one side without the other side being present. Neither he, nor the Court staff, is permitted to give legal advice.

Q. How do I get a public defender?

Q. How do I get a public defender?

You must request a public defender at your initial hearing or in writing. A written request may be hand written and should set out financial information that establish an inability to hire an attorney.

Q. How long do I have to wait before I can be divorced?

Q. How long do I have to wait before I can be divorced?

You must wait at least 60 days from the date the case is filed. Unless the parties file a written agreement, waiver of rights and decree of dissolution, they will need to request a hearing date to be held after 60 days.

Q. When will my bond money be returned?

Q. When will my bond money be returned?

After a person posts bond in a criminal matter, the bond will be released minus certain Court cost and fees. The remaining bond monies will be released to the person who posted the bond approximately two weeks after a defendant is sentenced or the case is dismissed.

Q. Do I have to hire an attorney?

Q. Do I have to hire an attorney?

A. Any person may represent himself or herself in a court without a lawyer. However, this does not make the judge or the court’s staff your lawyer. You must perform just like a lawyer would perform in gathering evidence and other pertinent information. Neither the Judge nor the court's staff can assist you in preparing or presenting your case. The laws and the rules of evidence remain the same whether you are represented by a lawyer or you represent yourself. The self-help website address is: http://www.in.gov/judiciary/selfservice

If you cannot afford an attorney, you may contact the following places to apply for free legal assistance:

Q. How do I get a continuance of a court date if I don't have an attorney?

Q. How do I get a continuance of a court date if I don't have an attorney?

You need to request the continuance in writing prior to the court date and provide a copy of that request to the all parties in the case. Clearly explain your reasons for the request. Your current address and a phone number should be provided to the Court. You should then contact the Court to see if the continuance has been granted.

DISCLAIMER: Payments will not be processed until funds are received by the county.

Click here to make an online payment for court costs

Veterans Court
Every Monday at 1:15pm