The Floyd County Coroner office investigates and determines the cause and manner of death of a person who dies as a result of a violent, accidental or suicidal act or any unexpected death, or during a surgical procedure.

Call 911. A police officer and the coroner will be dispatched to your residence to investigate the death and assist you. If you are not sure if the subject is deceased-- paramedics will also be dispatched. While you are waiting it is extremely helpful if you can gather the decedent’s medications and determine their last visit to the doctor. Locate any DNR (Do Not Resuscitate) forms for EMS and the Coroner. Locate your loved one’s Doctor’s phone number.

Contact the hospice nurse and they will guide you through what you need to do. Normally the remains may be released from the home directly to a funeral home, following the arrival of the hospice firm's nurse to verify and make the pronouncement of death.

3.     Why is the coroner involved in the death of my loved one?

Coroners have jurisdiction over all deaths that occur in their county under suspicious, unusual or unnatural circumstances. The Coroner may also be involved in natural deaths that were unattended by a physician.

The following is a list of deaths in which the Coroner's office is contacted:
- Accidental poisoning ( food, chemical, drug, therapeutic agents)
- All deaths of unidentified persons
- All deaths where patient is under anesthetic
- Death occurring within 24 hours of admission at a hospital or health care facility.
- Drowning, fire, exposure, acute alcoholism, drug addiction, strangulation, aspiration or malnutrition
- Following an accident or injury primary or contributory, either old or recent
- Incarceration: Inmate deaths or cases in which cause of death originated while deceased was incarcerated

- Known or suspected contagious disease constituting a public hazard, excluding AIDS
- Known or suspected homicide
- Occupational disease or occupational hazards
- Physician unable to state cause of death, after careful review of medical chart, or decedent does not have a physician
- Related to or following suspected self-inflected or criminal abortion
- Sudden death of a healthy child

-Deaths caused by diseases that may be public health threats;

-Deaths of people whose bodies are to be cremated, buried at sea, transported out of state or otherwise unavailable for pathological study; and

-Deaths of transplant surgery donors that are the result of some type of trauma.

Indiana has a coroner system, not a medical examiner system. As an elected official to a constitutional office, the legal requirements are that the individual be a resident of the county for a least one year. The Coroner serves the role of an administrator of the death investigation.

5.     Are there educational requirements for Coroners and Deputy Coroners?

Upon first learning that a person in the county has died from violence, casualty, unusual circumstances, suspicious activity or while in apparently good health, the coroner will notify a local law enforcement agency. Together, they investigate the scene. Often, the coroner must restrict access to the death scene in order to properly carry out the investigation. Indiana's county coroners do not need the family's permission to conduct an investigation, but do hasten to complete their investigations so that the family may grieve in peace.

Proper documentation of the death scene is critical to the coroner's determination. Knowingly failing to notify the coroner or a law enforcement agency in the case of a death that qualifies as a coroner's investigation is a Class B infraction punishable by a fine up to $1,000 plus court costs. Moving a body under these conditions is a Class D felony, punishable by imprisonment for up to three years and a fine of up to $10,000.

8.     What information is released by the Coroner?

The Coroner is obligated to release certain information regarding each Coroner's case, including the cause and manner of death. The Coroner can only release records produced in the process of the investigation. Records of other agencies, such as police records or medical records (including autopsy reports) gathered in the investigation are not released by the Coroner.

Public information that must be released upon request, Section 36-2-14-18 of the Indiana Code says that the coroner is required to make available for public inspection and copying the following information:
- Name, age, race and address of the deceased
- Address where body was found
- Name of agency to which death was reported
- Name of person reporting death
- Name of public official or government employee present at the death scene
- Name of person certifying death
- Information regarding an autopsy, if performed, limited to the date, the person who performed the autopsy, where it was performed, and a conclusion as to (a) the probable cause, (b) the probable manner, and (c) the probable mechanism.
- Location to which body was removed.

9.     How long does it take to determine the cause of death?

This answer is variable depending on toxicological examinations or when the cause of death is dependent upon the Pathologist's study, 4-10 weeks or more may be necessary. More in depth tests than the familiar breathalyzer are used and instant answers are not possible. The resulting information is more helpful to the family in understanding exactly what happened to their loved one. Also, careful documentation gives insurance companies the facts they need to pay death benefits.

10.  What if my loved one dies in the hospital?

The hospital will notify the Coroner’s Office of such a death. Once notified, if the death is of natural circumstance, the Coroner will release your loved one to the funeral home of your choice. This decision as to what funeral home, should be made early on. The physician pronouncing death may consult with the family Doctor to determine health history.

11.  Why are autopsies performed?

If no determination of death can be reasonably made, the Coroner may request an autopsy be performed to determine cause of death. Autopsies are examinations, both external and internal of a deceased person’s body. The results may be helpful in preventive measures for other living family members to determine inherited or genetic disease.   (An autopsy is also performed on all fire deaths, all criminal deaths, and the death of an infant and child.)

If the death is an out of hospital death and /or under suspicious circumstances, the Coroner will review the facts and MAY order an autopsy. This expense is paid for by the County. If, however the family is requesting an autopsy state statute states that the party requesting the autopsy is responsible for payment. Costs range from about $3500 to $5000 for a private autopsy.

An autopsy report is an investigative record. It can only be released to the next-of-kin or an insurance company who has a claim arising from the death per IC 36-2-14-18. .

14.  Who performs the autopsy?

In the state of Indiana the autopsy can only be performed by a Board Certified Pathologist. In Floyd County most cases are referred to a Forensic pathologist.

15.  Where can I get a Death Certificate?

A death certificate can be obtained at the Floyd County Health Department, Vital Records after it has been certified by the state. 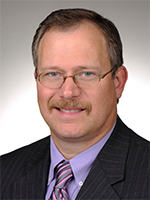